Blackie, I.T. And The Bigger Picture 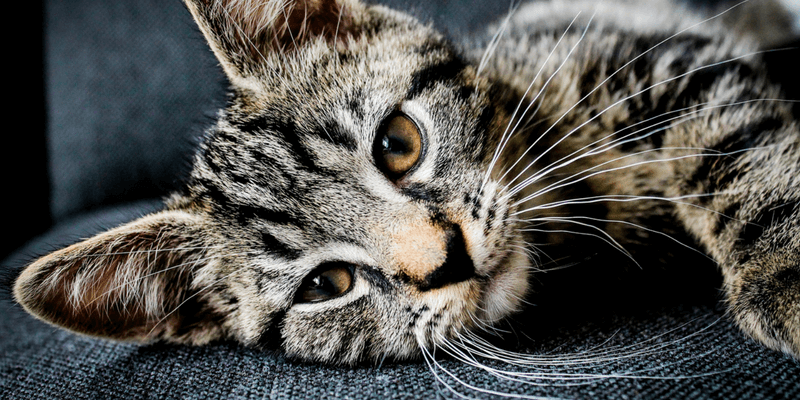 (Note – This isn’t Blackie, but it looks like her)

I recently started fostering cats. That needed a home until they are adopted out.

I haven’t been a pet owner since owning family pets as a teenager.

And for much of my adult working life I travelled enough to make it challenging to own a pet on my own.

The same day, my IT went ballistic. My plugins crashed, my website went offline, and the webinar I’ve been working on didn’t get to where it needed to get.

Two Seemingly Random Topics… A Cat And IT

But bear with me, the connection will become clear.

So I pumped out a few emails back to various support staff and left my IT issues with them – pretty much for the weekend.

And decided to play with the cat.

My alternative was to stew, and get frustrated and annoyed…

OR, to accept that I’d done as much as I could, and let it go and enjoy this time that had kind of been thrust upon me.

I’ve never just sat and played with kittens, but, they are curious. Silly. Funny.

And they do the dumbest stuff.

At least Blackie was. She made me laugh and she loved her tummy rubbed, and at night she’d jump on my lap or hop up onto my shoulder and snuggle in.

By Saturday Night Blackie Was Sick

So I took her to the emergency animal shelter.

And left her overnight.

On Sunday morning I picked her up to take her back to the shelter I had fostered her from.

She was not well. The poor little thing was struggling to breathe.

She stopped meowing and, even though she purred when I patted her, it was really hard work.

Blackie Was Diagnosed With FIP

An immune disorder, to pretty much terminal to cats, especially kittens.

There was nothing they could do, and she was so uncomfortable.

By Sunday night, Blackie was gone.

Over the course of 3 days she’d gone form a curious, silly, funny, kitten to nothing.

Did this make me sad? Yes.

Did this make me cry? Yes.

I was amazed not only how attached I became to this little critter in such a short time, but also how much it affected me to see her in such a state of stress and dis-ease.

But Here’s The Thing

This could have become an “issue.”

A story. Something sad, distressing, traumatic. To relive over and over.

I could have chosen that.

There was a moment on her final night, when Blackie looked at me, and I felt absolute gratitude for the fact that over the last 3 days of he life, I’d been free to be with her and play and cuddle and lo her.

The frustration I’d felt for my collective IT dramas turned to absolute gratitude and thankfulness.

There was a moment where I questioned what I’d done wrong, and if I was a bad “parent” and what I could have done differently – only to be told by the vet that no-one could have seen it coming, and I did every thing I could have.

There was a moment the next day where I wrote an email to the shelter, explaining some of the many issues I’d faced during this experience that I won’t go into here. Needless to say, they called me back, really grateful for the feedback as they were in the process of reworking their whole foster process and system.

There as a moment where they’d already started to implement some of the suggestions I’d made as a result of my own experience, within 24 hours.an again, I felt gratitude for Blackie who helped me see and communicate these things which may help others.

There Was Some Thing Else Going On

Over these three days, I am convinced that there was something else going on.

And I guess my point is that in allowing life to come at you as it does, and not resist or push back on things that at might first seem negative or bad or unwanted.

By allowing things to come, eventually you can see the big picture.

Eventually you have enough information to understand the pieces and how they fit together.

The Big Picture Changes Every Thing

It’s just that at the time, without all the information, things aren’t always as they sem.

Without realising it, the IT issue allowed me to spend the last days of this little kitten’s short life with her.

The quick decline of her health allowed me to identify some issues with the shelter that can hopefully help other people and animals in the same situation, and even save a life – we’ll never really know.

Being in this situation raised some of my own really deep “stuff” that I was able to clear, and make a big shift in m own thinking and mindset – the overall impact of that I’ll never really be able to measure.

Having this little animal come and go so quickly taught me that it is OK to love and care and risk it disappearing, and even lose it, cause there’s good in every thing. Every thing.

I Am Convinced There’s Some Thing Bigger Going On

I can’t explain it.

Which is why I don’t feel sad about this kitten’s death.

It’s not good, but maybe it’s not bad either. Maybe it just is.

Maybe in accepting that, and looking for the positives that can evolve, and the bigger picture, and the reason for her life, and her death.

Maybe that makes a lot more sense of the world, and life.

And if that’ not the way we’re “supposed” to look at things, well, which makes you feel better?

And which actually empowers you more?

And allows you to move on.

I’m choosing to find the good and see the bigger picture – it gives me gratitude, and joy, and peace and calm.

It was a privilege to have cuddled and cared for you.

Where ever you are little one, stay curious, and silly, and funny.

Get the first chapter FREE of my new book UNITYas soon as it's released...

This is the book I wish I'd read ten years ago. Discover the pieces of the puzzle and how the universe, the world and you really fit together, and save yourself a lot of time!!