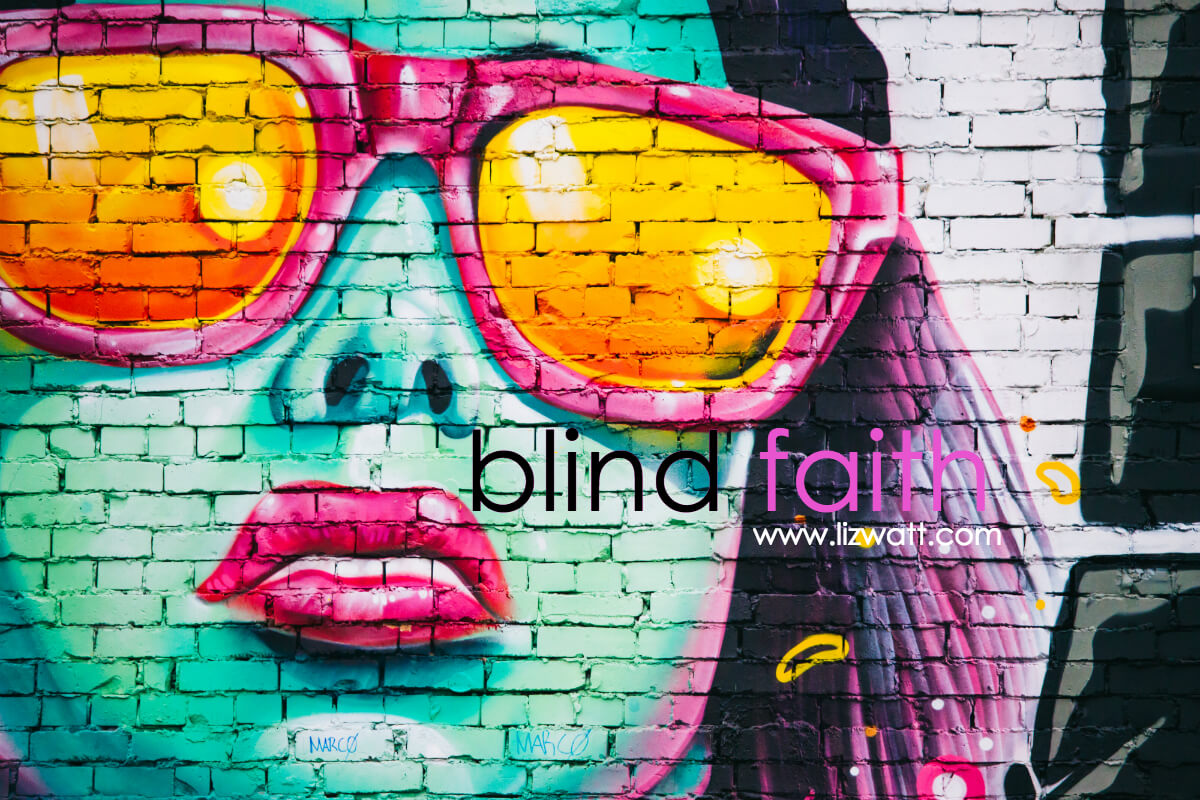 Were you always one of those kids who did what they were told? Studied hard, got the grades, regurgitated the content, even if it made no sense?

Did you grow up to become a good, law-abiding citizen? Pay your taxes, pay your fines – even though you don’t agree you should, or don’t see the value in return?

Are you a good “team-player?” Follow your client’s desires, your bosses direction, do your job, because they pay you and it’s your job – even if it’s ethically or morally just wrong?

Do you do what any kind of authority tells you? Because that’s what you are supposed to do, regardless of whether it feels “right” or not?

Do You Live In Blind Faith?

You rarely get a say in them. The rules, that is.

The opportunity to question or negotiate those rules is virtually non-existent.

As a member of whatever group you’re in – society, school, the work place – the expectation is that you will follow the rules. You’ll fit in. Do as you’re told.

Any kind of independent thinking, questioning or challenging, is met with punishment and ridicule.

Sent to the Principal’s office for insolence, made to pick up rubbish at lunch.

Given a written warning for questioning your bosses motives.

Sent a fine for not doing something you didn’t know you weren’t supposed to do in the first place…where was the negotiation and the contractual agreement that you’d behave a certain way?

We all comply. We just cop it sweet, and keep going, withdrawing, in an attempt to perhaps fly under the radar. Keep the peace.

You’re taught never to question any thing you don’t understand.

I always wanted to know more.

When I came out of biology class where we’d learned about our evolution from the apes, and walked into my religious education class where we learned that God created us in 7 days…I wanted to know “why?”

I wanted to know why two of my teachers were telling me different things.

I wanted to know who I should believe, and why.

I was punished…for insolence. And sent to the Principals office.

I wasn’t being difficult. I just wanted to know “why.”

All you had to do was explain and I’d be satisfied.

“Good Girls” Should Be Seen And Not Heard

This continued well into my working life.

On more than one occasion in the work place I was asked/ told/ directed to do things that morally felt wrong to me.

Only to be met with feedback like “Don’t rock the boat. Don’t cause trouble. Just do what you’re paid to do.” Or, “Why do you care? It’s just a job.” Or, my favourite, “Someone has to do it. It may as well be you.”

And so, for many years, I did. I spoke up less and less.

I let it continue, because that’s what you’re supposed to do.

What happened here, was that I stopped listening to my self.

I stopped listening to my personal, inner voice, my moral compass.

And it felt so wrong. For so long.

That’s what we’re taught to do – from kindergarten through to school, university, the workplace, society.

Follow the rules. Do the “right” thing, as defined by the people who want you to do it.

We learn through hearing information.

We remember by hearing that information repeated over and over again. Like the times tables.

Sometimes that information is good, and it serves us.

Sometimes it’s not, and it goes against the very essence of who you are.

Either way, it’s going in, and it’s shaping the very person that you are – your behaviours, your actions, your impact on the world.

That’s What Blind Faith Is

It’s having faith and trust in some kind of “authority” that they will do right by you.

That they know what is best for you, and the society in general. That every thing they are teaching you is “good” because they will “look after you.”

But who are these people?

The point being, have any of these people verified any of this information they’re imparting? Have any of them questioned the set of rules or even the “game” they are playing?

Or are they just following blindly, teaching every one in their path to believe what they them selves were taught to believe – with no real independent thought? No question of why we’re doing this, or whether it’s good or bad, right or wrong.

Believing that this is the way the world is, and this is how the game is played.

Each a product of the system that is teaching them not to think.

It’s easy to go with the flow, to lie low, to fly under the radar.

It’s easy to get up every day and go to a job and just do what you are supposed to do, collect your pay check and question nothing.

It’s easy to follow the rules, do what you are told, and question nothing or no-one.

It’s really freaking hard to stop and really look around you – to question what you’re seeing, hearing, experiencing – and speak up about it.

It’s really freaking hard to stand up to a boss or a client or a government, who are asking you to participate in things that quite frankly, just aren’t “right.”

It’s really freaking hard to wake up and have faith that the only person who really knows what is best for you is you.

Because society really doesn’t want to hear it – it’s easier just to “shhhh” and play the game. It’s easy to just jeep going, following the leader, asking no questions, collecting the pay check.

Is that what you want your life to be?

Are you going to fly blind, or wake up to what’s really going on?

Let me know in the comments below.

Get the first chapter FREE of my new book UNITYas soon as it's released...

This is the book I wish I'd read ten years ago. Discover the pieces of the puzzle and how the universe, the world and you really fit together, and save yourself a lot of time!!

Please note you will be subscribed to my email list when you complete this form.