Boundaries, Cycles And The Matriarchy Of Business 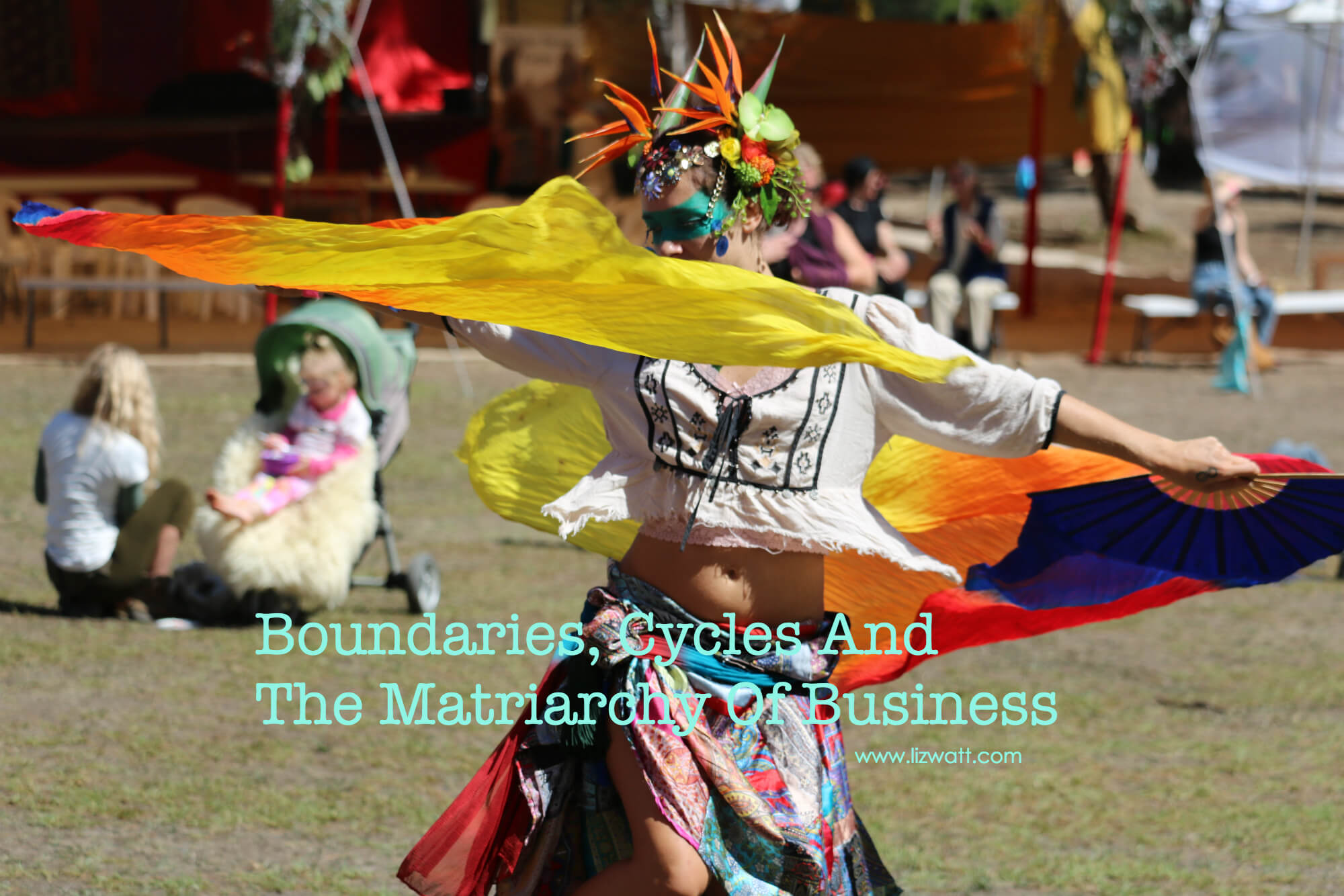 I just returned from the Seven Sisters Festival – three full days to connect and explore many facets of womanhood that we don’t often allow our selves to.

Even as I write this, I am still kind of processing my experience and what has come out of this – and I am sure this will continue for a few days at least. There’s always layers of learnings and lessons in every new experience.

This festival was different from any thing I’ve ever experienced before. It is rare in our patriarchal society for any thing to be focussed 100% on women – which is why I guess we needed to go out and create something dedicated just to us, so we can reconnect with what it actually means to be a woman.

This was a wealth of new information for me.

Things that I had suspected for a while now at a core, gut, instinctive, intuitive level.

Things that were made real by other women having the courage to voice and share their own intuitive truths.

Many of which, I realise were similar or connected to my own…

More than any thing, this environment felt safe.

Safe to pitch a tent in the forest and walk in the dark on your own – with no fear of attack.

Safe to dance naked in the sun – with no fear of body shame or degradation.

Safe to literally strip down the walls and facades that society demands of you and be who you are.

It made me realise how quickly we, as women, put up walls in the modern society to keep our selves safe, protected from threats – perceived or real.

On the flip side of boundaries, it became apparent that perhaps many of us are not putting up the right boundaries.

Saying no when we don’t want to do something.

Saying no when our personal space is threatened.

Saying no when in your heart you know you are doing something intrinsically wrong – and yet you’re not sure what that is. 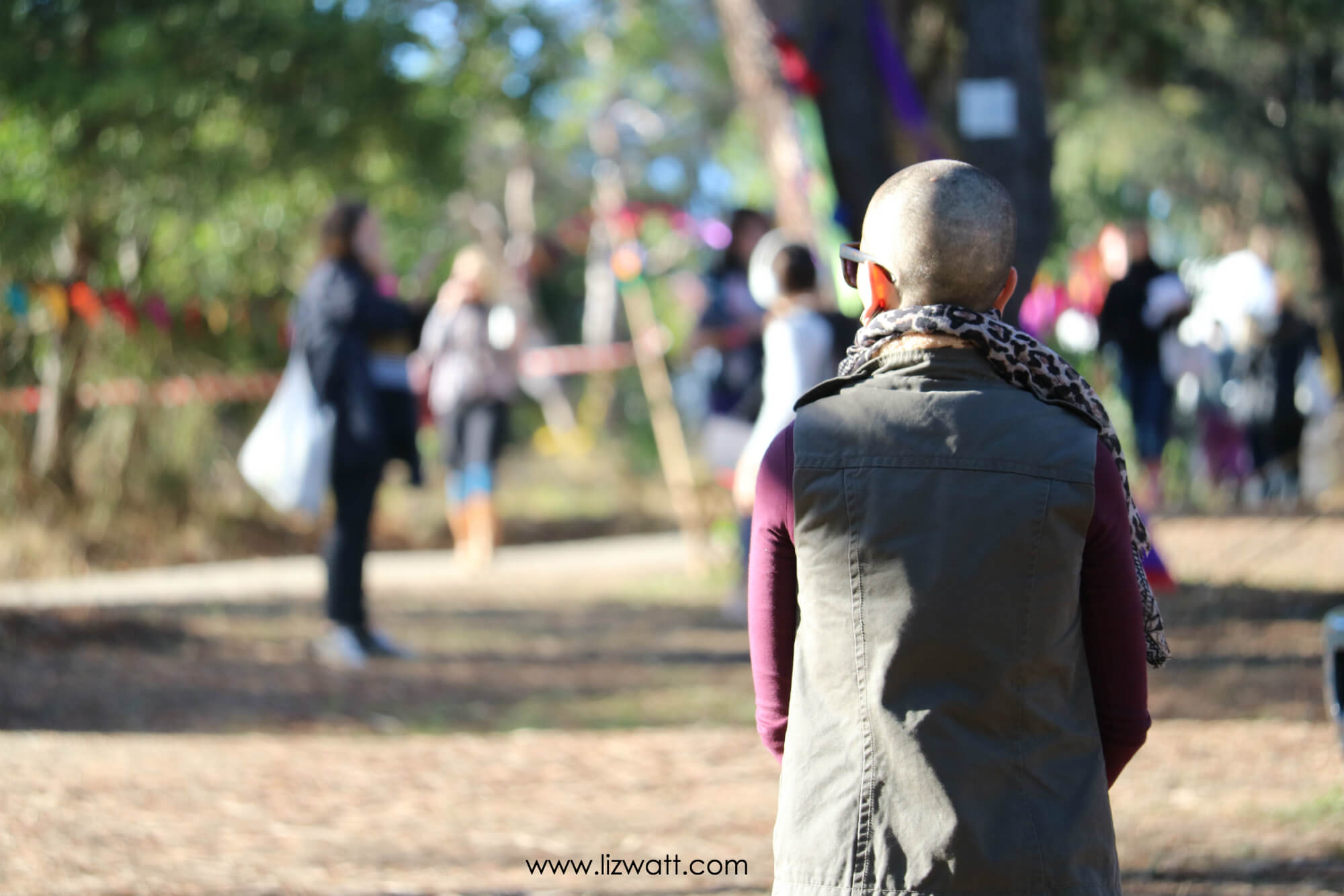 The Power Of The Matriarchy

The power of the feminine, the matriarchy, the woman – is an incredible thing.

When you go back through history, many of the raw, grounded societies were matriarchal. The women, the feminine, the goddess – were revered, respected, adored.

The power of the feminine and our connection to nature, Mother Earth was acknowledged as something sacred, spiritual, divine.

Women were the givers of life – able to carry and birth another human being in their own body. This was worshipped as a mysterious miracle. And it is. It truly is. Whether you carry a child or not, the ability to grow another human being just blows your mind.

Women are the givers of life.

What power there is in that.

The Oppression Of The Matriarchy

That power is feared.

In the modern world, patriarchy is king. Our societies, our businesses, are all about conquer, power, destruct and win – at all costs.

The power of the feminine and our connection to the Earth has been cut.

The power of the feminine is not revered in the workplace. In fact, the opposite is true.

The power of woman, the feminine and the matriarchy has been quashed, but it’s time to bring it back. 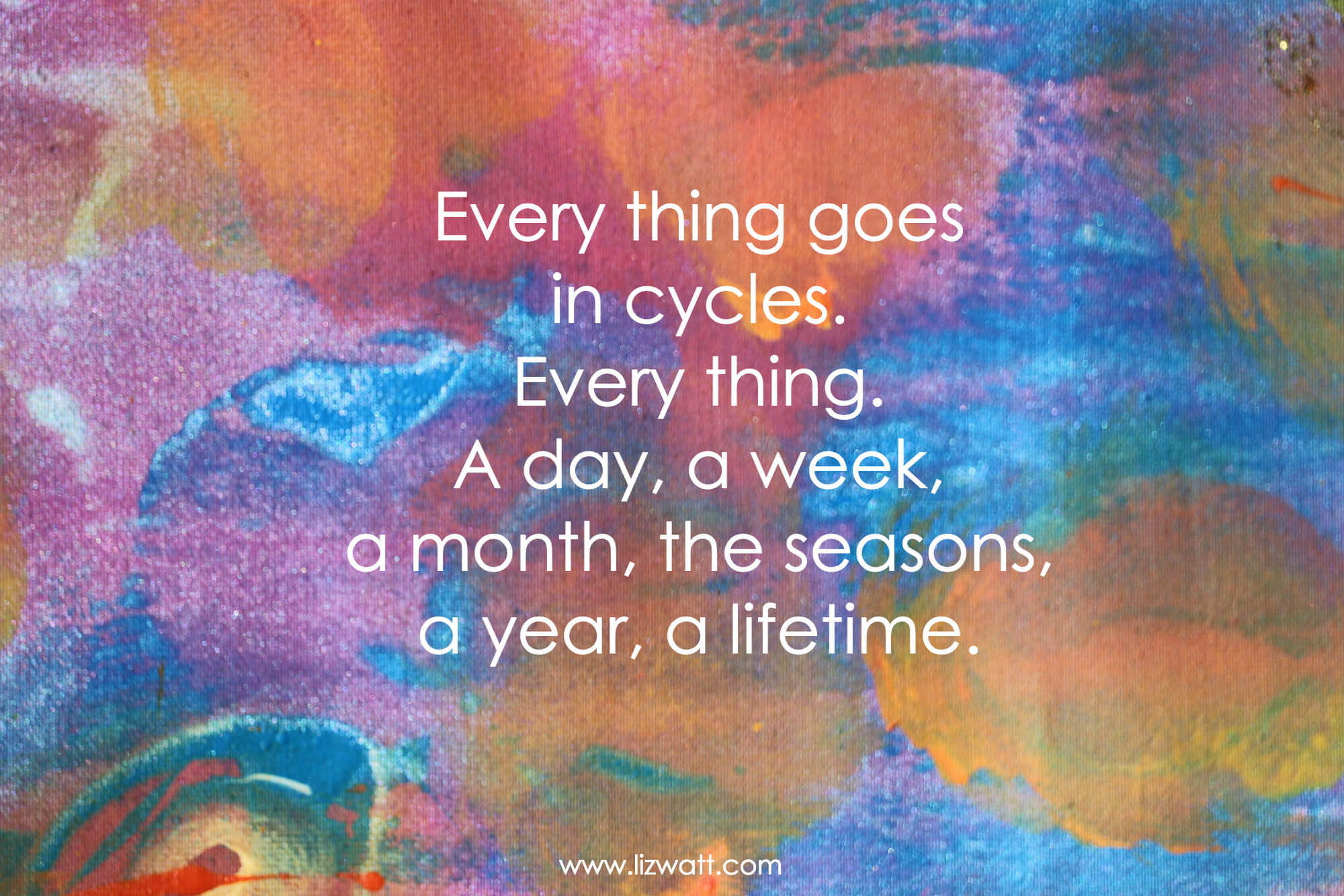 No cycle is the same as the last.

But each cycle of life follows the same phases – birth, growth, bloom, overbloom, decay, death. And many steps in between.

Women are intuitively in touch with these cycles. Our bodies create perhaps the most powerful cycle of all – the cycle that allows us to give life.

Month after month, we are forced to become in tune with the ebbs and flows of our bodies, the planet, life. If we allow it.

For too long society has forced us to deny this knowing, this connection with the spiral cycles.

As a result, the world is out of control. The keepers of the rhythms and ebbs and flows have been pushed out by a greedy, power-hungry system.

We are way out of balance – individually, as a society, as a planet, as a species.

And we all feel it – death, war, destruction, decay.

I really believe, that we are at the end of this masculine, patriarchal cycle. I dearly hope we are – because the world cannot continue like this.

End Of An Era

As the death of this cycle draws near, women are waking up. There is a fire burning in us that says – no more.

No more – will we allow the feminine to be denied.

No more – will we allow the earth we reside on, our planet, our home, our future, our livelihood – to be destroyed.

No more – will this world and society of profit and green and power dominate.

More and more –  women are waking up.

More and more – women are refusing to be denied their power.

More and more – women are realising their rightful place in the world, and claiming it back.

It’s time to wake up and take back the power of the feminine and the woman and you.

It’s time to reconnect with your intuition, your instinct and what you know to be true and right.

It’s time to get rid of the patriarchial world we live in the mess it has created.

What Next? How To Use This Information?

I firmly believe that women, the feminine and the matriarch are the key to the way out of the mess we have created.

I firmly believe that most women know this, and have been suppressing this truth in fear and shame.

I firmly believe that the interim step is through women doing business in a very different way – a way that makes a difference and starts to heal and repair the damage to the people and the planet.

Please note you will be subscribed to my email list when you complete this form.