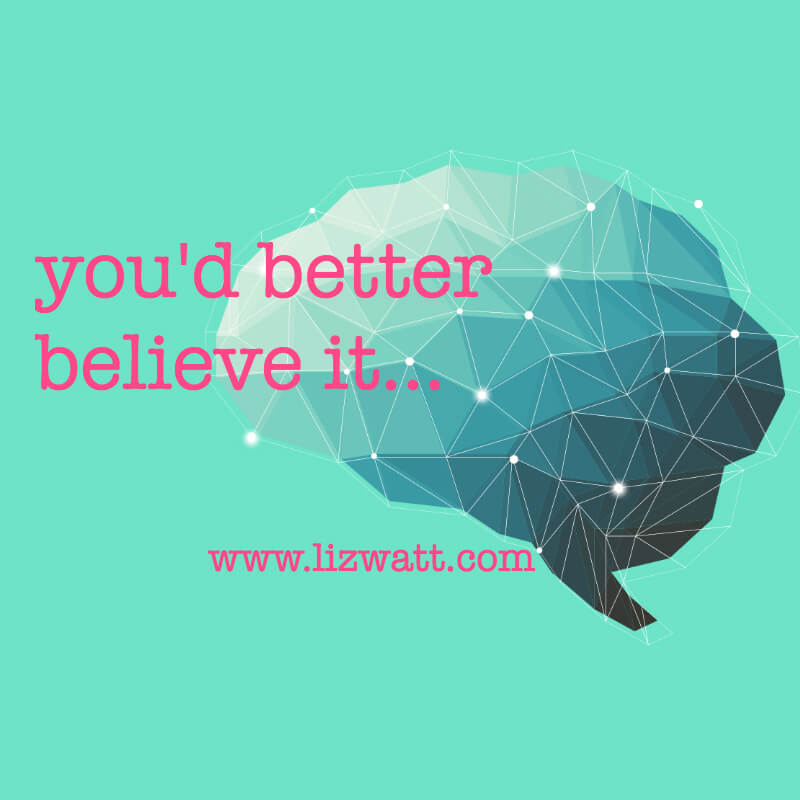 Ever find things coming up in your life in themes? Over a few days or a few weeks. The same thing over and over?

I call that “synchronicity,” which in its self opens up a whole conversation, but I’m not going to go there today. Maybe I’ll go there next week…

When something keeps repeating and re-occurring, I’ve learned to pay attention to it. Because chances are, there’s actually something to learn from it.

For me, this week, it’s been a theme of beliefs. It’s kind of come at me from every where. While researching and filtering through a couple of documentaries, while wandering through my favourite bookshop, a book that was mentioned in the documentary jumped out at me, and then last night, I was invited last minute to a talk on…you guessed it…beliefs!

So, while I’ve done a lot of inner work on my self, I figured it was a timely reminder to revisit beliefs and the impact they actually have.

By these definitions, every thing is a belief. Every thing.

Where Do Beliefs Come From?

Beliefs come from every where.

As a baby, you come into the world like a blank slate, ready to be moulded and crafted into the human being your are today. You develop skills…talking, walking, eating, playing. You learn to interact and communicate with others.

And, you develop an interpretation of what the world is, how things work, and the way things really are.

From the age of 0 to 7, you are like a sponge, taking in the world, absorbing everything around you, and filing it away somewhere in your mind for later. There’s no real analytical function – at this stage you’re just collecting data.

As you grow, this data comes from every thing in your experiences and your environment, your parents and family, your friends, school, religion, the community, the news, magazines, social media.

It’s all just going in, and the way you interpret and file this data is going to be completely unique to YOU.

Much of it results in beliefs about the way the world is, and the way things just are.

As you grow and evolve the data you’re collecting starts finding patterns and creating programs. When you repeat something over and over, you start to remember it, kind of like your times tables. Pretty soon it becomes second nature, it’s unconscious, and you don’t even know you’re doing it.

Grandad taught you to tie your shoe a particular way, the same as your dad…and so that’s how you tie shoes.

Your mum always serves beetroot out of a tin…and so that’s where beetroot comes from. She may not ever tell you that, but it’s just the connection that your mind makes and so the belief that is formed reflects this. (Believe it or not, my mum still serves beetroot out of a tin, and I have only started cooking with it as a root vegetable in the last decade. It was the 80’s and we never knew any different!!)

You live in a community and a family that go to school, go to university, get a good “professional” job, climb the ladder, get married, buy a house…and so that’s what you do…even though the whole time it just feels wrong.

Your Beliefs Create EVERY Thing

Pretty soon, these repeating patterns and programs, and beliefs, start to run and dictate your life.

You start to think that that’s just how the world is – because every thing in your environment has told you so.

It just is how it is.

You believe it, literally, to your core. And you create your life around your beliefs.

So, your life, and the reality that you live in, are a direct reflection of the automatic programs and beliefs that are running in the back of your mind. Unconsciously. Without you even knowing. 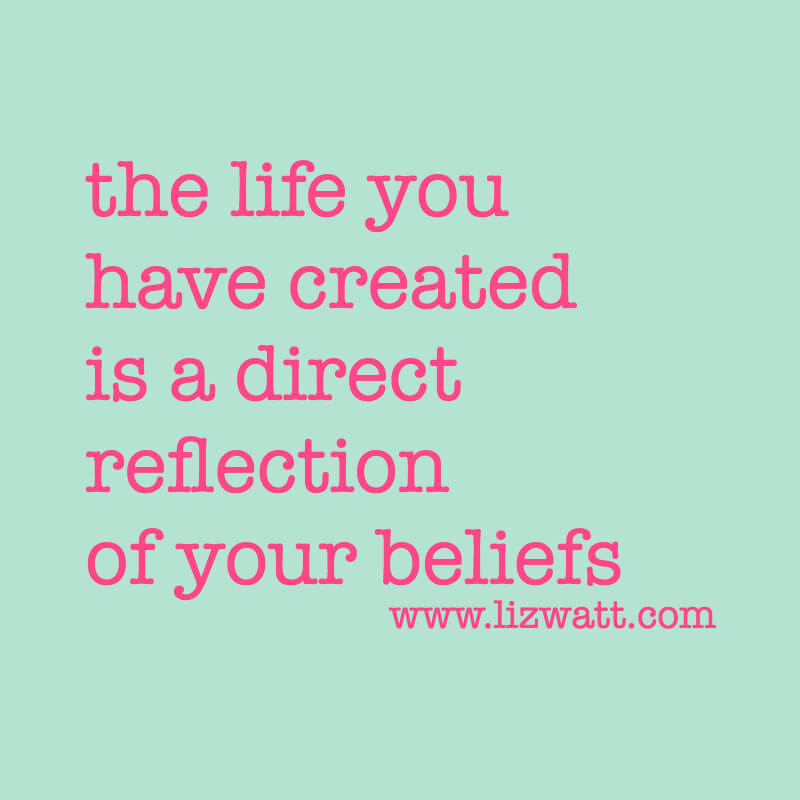 The life a person has created is a direct reflection of the beliefs they have.

What If You Could Pick And Choose Your Beliefs? And Therefore, Your Reality?

For some people, the world you’ve created is great. You love it. You couldn’t be happier. You’ve grown up in a really open, supportive and encouraging environment. One which helped you create beliefs like…

For other people, you may have grown up in an environment that prompted not so supportive beliefs, like:

I’m not saying people deliberately tried to brain wash you into thinking a certain way (or maybe they did), but generally every one “knows” certain things to be true based on their own experiences and beliefs, and that’s all they’re passing on to you.

They’re just doing the best they can.

What If You Could Pick And Choose Your Beliefs? And Therefore, Your Reality?

Most people go through life, creating a reality based on unconscious and automatic beliefs they don’t even know that they have.

Struggling and fighting, with no idea why they keep creating the same patterns and problems over and over.

But what if you could actually become aware of the beliefs that are underpinning your life.

What if you could figure out which beliefs were working for you, and which ones weren’t.

What if you could take the beliefs that aren’t really helping and replace them with new, supportive beliefs tat are actually going to help move you forward.

As a child, you’re a sponge, unconsciously absorbing every thing.

As an adult, you now have the opportunity to use every thing you’ve learned and actually stop and take notice of what’s going on in your life and the beliefs that might be underpinning that.

Your beliefs CAN come from your environment.

But it turns out, as an adult, your beliefs come from YOU.

Awareness Is The First Step

Albert Einstein said “insanity is doing the same things over and over again and expecting a different result.”

This is when your beliefs and programming are running on automatic.

Just being aware that something is not working is the first step to changing it.

If you just know there’s a few things that might be holding you back in life, it might be time to think about what you actually believe.