Humanity is currently in the middle of The Great Awakening. Whether you understand what is happening or not, you have to be aware that significant changes and shifts are occurring on Earth and throughout humanity.

There is a lot of speculation about this shift. Much of this falls into the realms of doomsday, the end of the world and the apocalypse.

This perspective perpetuates fear and suffering and a disempowered state. But it is not warranted. This is not the end of the world because of energy.

The Great Awakening is a natural transmutation of energy on planet Earth. We are just a part of it.

Everything is energy. Everything.

As human beings, we are experiencing a physical realm of form and volume. Our reality on planet Earth only appears physical because of energy.

Energy is a non-physical force or essence that is everything and everywhere. Everything is made of waves of energy in different vibrations, frequencies, speeds and densities that, in our universe, come together into physical matter or other energetic forms.

Energy does not disappear or be destroyed. It transforms to alter its form, appearance or nature. Or it transmutes into a higher state.

Learn more… “7 Levels Of Density Consciousness In Spirituality And Awakening“

The Source Of Energy

This field of energy is infinite and eternal power. It is in everything. Humans do not yet fully comprehend or understand but are aware of it.

It is the mind that generates the thoughts of everything and creates them.

One of its creations is planet Earth. Another is humanity and you.

As this energy source is infinite and eternal, it knows everything about itself. Because it is everything, it wanted to experience something new.

To do this, it created Earth, humanity and you.

To do this, it had to transform into something it was not and different to the high vibrational energetic light that it was.

Planet Earth provides Source with the opportunity to experience the physical from a reduced but broad variety of perspectives and points of view. Part of this experience is that we forget who we are and where we came from when we get here, so we can go through the process to remember.

This is how the game was designed.

Learn more… ”What Is Happening In The World…Through Four Perspectives”

Awareness is the state or ability to perceive, feel, or be conscious or cognizant of events, objects, or sensory patterns.

Consciousness is awareness of or perception of something.

Unconsciousness is a state in which one loses the ability to be aware of something.

Human consciousness is sentience or awareness of the internal or external existence of the self.

The aspects of Source that created the solid forms of planet Earth and human beings dropped into a lower, denser vibrational energy.

When Source energy morphs into a physical form, it lowers its vibration, frequency and consciousness and contracts.

As human beings, we only have consciousness and awareness of a small part of what exists. At present, we cannot use our human brains and bodies to perceive and understand more than a small fraction of what exists in the infinite field of energy around us. We can mostly perceive only the physical.

But this is changing.

Awakening understands both our temporal or physical and spiritual aspects of being human. It is being able to see the truth and how the world is more objectively. It is not what we think it is, have been told it is, or want it to be. But what it is.

Awakening is being able to see both the darkness, corruption and chaos of the world and the immense wonder of nature and life.

The Great Awakening is humanity waking up to polarity and the truth of darkness and light.

The Great Awakening is part of the process of ascension.

As we become more aware and conscious, we raise our energetic frequency and vibration. We become less dense, lighter and more like energy. We become closer to Source energy and the truth of what we are. We expand Source consciousness.

Ascension is the act of rising to a higher density consciousness or level of awareness. It is a process of expansion. It is not about going “somewhere else.” It is about attaining higher states of consciousness and awareness in whichever dimension, realm, form or reality you happen to be in.

Which came first? Did humanity begin to awaken and ascend because our planet was ready to evolve as an aspect of Consciousness?  Or is our planet ascending because humanity is finally awakening?

Either way, the energetic shift is inevitable. The Great Awakening, ascension and a shift in consciousness are unavoidable because the purpose of Source is to unknow and know itself and expand its consciousness.

And it is happening now.

This realignment, awakening, shift, ascension, expansion of consciousness is not the end of the world. It is the complete opposite. It is the beginning of a new era, awareness and opportunity.

It is tumultuous. Yes. It is uncertain, unknown and untested.

The first will cause suffering and pain. The second is ultimately ease and flow.

Either way, as an aspect of Source Consciousness that created this all, you were chosen to be here, at this miraculous time, for an exceptional reason and experience. What you do with the opportunity is up to you. 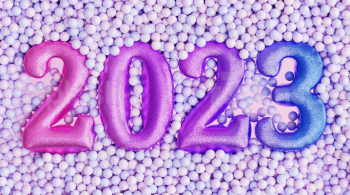 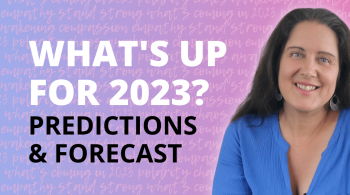 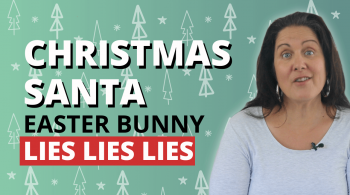 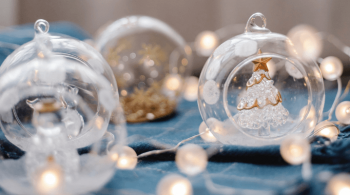