To understand what different aspects of Consciousness mean in spirituality, we’re going to start at the very beginning, and cover:

We refer to consciousness as the state of being aware of and responsive to surroundings.

We refer to unconsciousness as the state of not being awake and not aware of and responding to surroundings.

When we consider this in terms of the physical human body or traditional medical terms, a conscious person is physically awake and moving and living their lives.

An unconscious person is physically asleep or knocked out, and while they are alive, they are unaware of what is going on around them. Their body is existing without realizing.

In spiritual terms, this goes a step further, or deeper.

A conscious person in spiritual terms refers to someone who is mentally aware of and responsive to their surroundings in an objective way. A conscious person can see the world for what it is, not what you think it is, or think it should be, or want it to be or have been told it is. It is about considering different perspectives and views and a range of information and taking the objective, higher view that considers all aspects together.

To live consciously, as a spiritual practice, is about seeing the world objectively and living your life and making choices and decisions in a way that considers you, and everyone and everything else as part of a much bigger whole.

This could include consideration of the impact of your choices and decisions on the eco-systems of the planet, or other species such as plants and animals, and even the impact on other human beings.

Examples of this could be to choose to be vegetarian, based on the processes and conditions that animals are subjected to during the processes of their life and death. Another example is to choose not to use or purchase anything in plastic, due to the impact on the planet when plastic goes into landfill. It could also mean choosing not to purchase certain products which are manufactured unethically or that exploit workers as human labour in certain countries.

Learn more… ”What Is Spirituality And Awakening?”

An unconscious person in spiritual terms refers to someone who has no mental awareness and does not consider or respond to their surroundings, other than in a narrow, subjective, personal way.

An unconscious person maintains a very specific and narrow view of the world that serves and supports their agenda and identity about who they are and how the world is or should be, or they would like it to be.

An unconscious person cannot, or will not see the world or their surroundings from an objective perspective, even when it is directly in front of them.

An unconscious person in spiritual terms is someone who lives their lives without consideration for anyone or anything other than their welfare or wellbeing. They purchase and consume with no consideration of where these things have come from or will end up after they have finished with them, as long as it serves them in a particular moment.

They see themselves as an individual, separate from everything else and the centre of their world. At the extreme, they have no consideration for connection or concern for anyone or anything other than themselves.

They do not understand that they are just one aspect of a much bigger whole and that everything they do affects that whole. That “whole” is Consciousness.

The idea of YOU originated in a thought, that started to evolve into a thought form that became your Higher Self.

The Higher Self is a multi-dimensional being that can project it’s Consciousness (or Souls) into many other realities and dimensions for expansion, and learning and experience.

You primarily exist in essence and energy as your Higher Self.

Learn more…  ”What Are Source, Spirit And Soul?”

In spiritual terms, “Consciousness” is everything. At a very basic level, everything is made from energy, which is a non-physical force that is everything and everywhere. Even the atom is mostly empty space and energy.

Let’s consider the aspects of Consciousness that exist within you as a drop in the ocean.

Within the aspect of the overall Consciousness that is you, your mind has three aspects of consciousness, unconsciousness and sub-consciousness. These essentially refer to the level of awareness you have over yourself – which includes the mental, emotional and physical aspects of you as a being.

Learn more… ”Triune Brain: Why We Think, Feel And Do The Way We Do”

Higher Self or Super Consciousness

The Super Conscious mind exists above the Conscious Mind. It can also be referred to as your Higher Consciousness or Higher Self.

Super Consciousness is a heightened awareness that comprehends both material and physical reality and the energy behind that.

It is a blissful state in which an individual can perceive themselves and all of existence with an objective, pure, intuitive and holistic awareness, unclouded by the judgement and subjectivity of the physical world.

Cosmic Consciousness refers to a higher form of consciousness and awareness than that possessed by the ordinary man.

If a particular group has a very narrow view of what is right or wrong, or good or bad, or how the world “should” be, and are not open to other perspectives and views, then the Collective Consciousness of that group will be at a very low level of awareness, with little objective understanding of the world and their surroundings. They will live and exist in a very narrow, insular reality.

Collective Consciousness at a planetary level is largely unconscious of the real state of the world. However, there are many people in various states of awakening and understanding the world from a collective and more integrated perspective. This shift in consciousness is a shift to Unity Consciousness.

Unity Consciousness is the level of consciousness that we, as the inhabitants of planet earth, need to shift to, to make the changes needed to preserve human life on Earth.

Unity Consciousness is the consideration of the “whole” in every choice or decision one makes.

Unity Consciousness understands that to hurt anyone or anything else is only hurting yourself.

Unity Consciousness considers the wellbeing and how to meet the needs of every being on planet Earth in a way that is integrated, and harmonious to all.

Unity Consciousness is where we all need to be.

What Does This Mean?

Increasing Consciousness at a personal level or from a spiritual perspective involves 4 phases of change:

Wherever you are on your conscious journey, I hope that this has shed some light on the different ways that consciousness can be referred to in spirituality and allows you to continue to explore some of these ideas.

« Previous Post Social Constructionism Is Why Everything You’ve Been Told Is A LIE!! Next Post » 6 Reasons Why It’s So Hard To Find Work With Purpose And Meaning 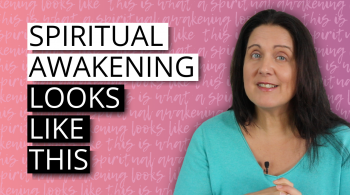 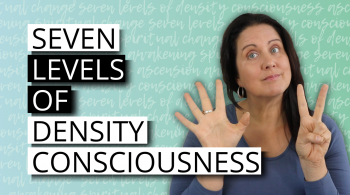 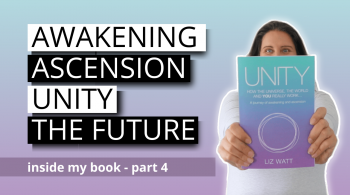 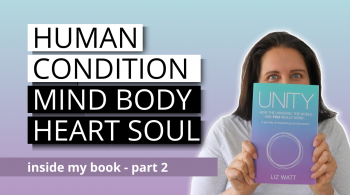